With thanks to Canberk Yalcin for his research assistance and contribution.

Global growth has picked up over the past year, driven in part by emerging market economies. In the IMF’s recently published World Economic Outlook Projections, World output growth in 2017 was estimated at 3.7%, versus 3.2% in 2016. Similarly, Emerging Market and Developing Economies grew by 4.7%, versus 4.4% in the previous year. This cyclical upswing has been the broadest-based growth spurt we’ve seen since 2010, supported in particular by a pickup in global trade, investment and manufacturing; with business and consumer confidence also following suit. Assuming global financial conditions remain favourable, and with world trade expanding, emerging markets are positioned to continue benefiting from these tailwinds, especially those with large export shares.

Of particular interest to investors in emerging market currencies is the growth gap between emerging market (EM) and developed market (DM) economies. In Figure 1, we compare the average growth rate for a basket of 17 EMs[1] versus a G4 basket (US, Euro area, Japan and UK). As can be seen from the chart, the gap between these two baskets wavered around 4% for much of the 2000s, leading up to the Global Financial Crisis (GFC), partly supported by strong EM tailwinds from increasing global trade and financial integration. But this gap then shrunk persistently from 2008 to 2015, to a meagre 1.0%. In the past two years, though, this gap has begun to expand once more. So could this be a positive signal for EM currency investors?

Figure 1: The EM-G4 growth gap has begun to expand once more

A key question remains; at what point in their respective economic cycles are DMs and EMs right now? Historically, economies tend to operate within cycles of activity, fluctuating between expansions and contractions, around a longer-term trend. So an economy’s current position in the cycle is critical in determining growth potential over the short-to-medium term. Although a wide range of methods are available to try to estimate economic cycles using forecasts of long-term growth trends, they all rely on macroeconomic assumptions and projections. To overcome such assumptions, a more objective method is to focus purely on statistical, contemporaneous trends.

Drawing on a methodology previously used by Goldman Sachs, we use z-scores[2] to observe a range of activity measures versus the statistical trend (Figure 2). First, we examine Gross Domestic Product (GDP), Gross Capital Formation (GCF) and Industrial Production (IP) data, aggregated into evenly-weighted indices based on our standard Record EM universe of 20 emerging economies* and our standard basket of G4 developed economies; creating six aggregate series in total. Second, we convert each aggregate series into log form. Finally, we measure the gap of each log series versus its 2000-2017 linear trend, and plot this gap as a z-score[2]. This allows us to observe the deviation of each log series from its trend, measured in standard deviations, so that all six of our series are directly comparable.

Figure 2: Emerging markets could be at the beginning of a new cycle

A few key observations can be made from the above chart. First, it is clear that both G4 and EM economies were in a steady and synchronised expansionary phase in the lead up to the GFC, followed by a sharp contraction in 2009. But, since then, G4 and EM cycles appear to have diverged. While EM activity appears to have seen a pronounced bounce back in 2010-11, G4 economies languished behind, taking five years to recover back to trend. And, then, as the G4 recovery from the crisis has continued to extend, EMs once again began to fall behind their respective trends. It is clear that the G4 and EM economic cycles no longer appear to work in synchronisation. Most important of all though, in the past year EMs appear to have reached a turning point. While G4 economies clearly appear to be well into the cycle, EMs could be at the beginnings of a fresh new cycle, with plenty of scope for activity growth to rise further, as they return to trend.

As noted before, such cycle analysis relies heavily on the long-term trend assumption. If the long-term series trends turn out to be significantly different from our statistically-observed 2000-2017 log trends, the results could be somewhat different. We can try to mitigate this by cross-checking our findings with long-term growth forecasts identified by other recognised institutions. Figure 3 shows that G4 growth is not only above the recent historical trend average, but also above long-term forecasts produced by the IMF, OECD, World Bank and PwC. Meanwhile, we see a more mixed picture for EMs; while current growth is significantly below the recent trend average, other forecasts for long-term growth are relatively close to current levels.

So, while it is never possible to pinpoint the exact stage of the cycle, the analysis suggests a good possibility that EM is in the early stages of a new cycle. And, one way or another, EM is unlikely to be as late stage as G4. Cumulative productivity growth differentials between our EM universe and G4 basket are forecasted to remain strong over the medium term (Figure 4). And an unprecedented divergence in Manufacturing PMIs (Purchasing Manager Index, Figure 5) suggests further potential for EM upside, as recent DM strength eventually feeds through to EMs. Looking ahead, plenty of growth potential remains, both for EM economies and for EM currency investors.

Figure 5: DM activity acceleration could feed further through to EM

Terminating NAFTA: What would the impact on Canada be?

CZK and CHF: a tale of two currency markets

Turkey’s Currency Crisis Series: Part two (of two) - What next for the Turkish lira?
0 replies

Want to join the discussion?
Feel free to contribute! 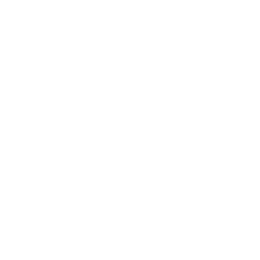 Jeremy is an Associate Director in the Economic Research team at Record. He previously worked as a Macro Strategist at UBS Investment Bank, after graduating from London Business School. Prior to LBS, Jeremy held positions in FX trading, fixed income portfolio management, private equity and leveraged finance. He holds a Masters in Finance (MiF), a First Class BA in International Business, and is a CFA charterholder. Outside of work, Jeremy enjoys football, wakeboarding and kitesurfing.

Sky-high equity valuations here to stay?
We use cookies to optimise site functionality and give you the best possible experience. By using this site, you agree with our use of cookies. Accept More Information
Privacy & Cookies Policy
Necessary Always Enabled
Scroll to top